There has been a buzz around Gaby’s hair, some have commented that she’s letting “the side” down because it’s not perfectly groomed at all times, but to be honest, I don’t care how her hair looks, she is a double A star and is an inspiration to all the girls who dare to dream and work hard to achieve those dreams. Being the first African-American to take home the gold, she is heading in the right direction. Saying that, i’m probably a bit biased and defensive exactly for all the above reasons.  Especially in her field, grooming will always be noted and commented upon, no matter which country she’s representing or what her ethnic background is. However the backlash and bitching about her hair has been very disheartening that people are more concerned about how her hair appears as opposed to the amazing feat that she has accomplished at such a young age.  We at Sacred commend her for choosing to wear her own hair during such intensive work outs. Heat and sweat would always be a problem for anyone going out out for a night out on the town, let alone during an Olympic competition. Should she be more concerned about her appearance.. perhaps if she was on the red carpet but will we slate her for a few hairs being out of place and excessive hair clips during a competition.. I think not.

Getting a picture that shows off her makeup perfectly has been a task, I wish I could find more closeup pictures of her. From the hundreds of pictures I have looked at, I have noted that this phenomenal little woman prefers a natural well groomed look with probably just eye liner and mascara to dress her eyes but doesn’t shy off from makeup when taking the stage. 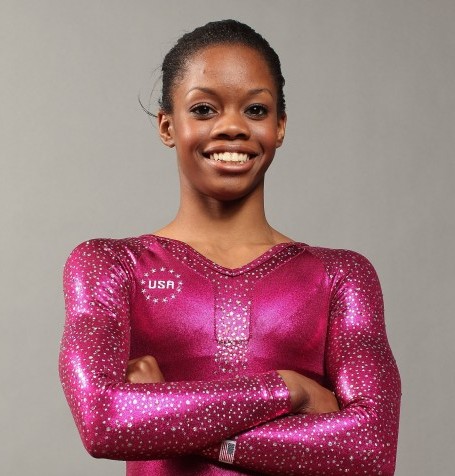 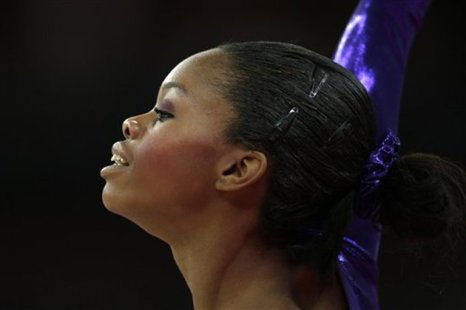 In the above picture she is wearing a matte indigo/violet eye shadow which compliments her shimmery outfit in a similar hue (smart move toning down the shimmers), has her cheek contoured with a flattering mauve blush and keeps her lips nude.

Embrace the Olympic confidence naturally- feel comfortable in your own skin but don’t shy-off from dressing up for the occasion!